These websites contain useful resources relating to the Gaelic and Scots languages.

Directories and Guides to Scottish Culture 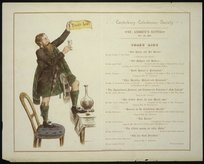